This book was one of our book club selections. Personally I was drawn to it because of its Iowa ties. I love reading about amazing things Iowans do! I learned so much from this book. I had not realized or given much thought to Japanese prison camps during WWII. Especially very little thought about the woman and children stuck in those camps.

Evidence Not Seen: A woman’s miraculous faith in the jungles of world war II by: Darlene Deibler Rose

Darlene was a newly wed young woman who arrived with her husband in the East Indies for her first mission trip. Her husband was a seasoned missionary and she was excited to join him. What happened the years that followed including her time in a Japanese prison camp will change her and her fellow captives forever.

This book was amazing! The book contains multiple examples of true miracles and God’s responding to prayers. Some of those direct answers were after years of eating rice and being at her lowest point, she prayed for bananas and received bananas. Another was a woman whose foot was severely infected with the tall tale signs of red streaking was healed. Her witnessing her faith to a mean and violent man who had a softened heart. And that’s just a few of the numerous examples.

This book not only provided an example of God’s power but it also helped me with increased knowledge of World War II. Personally I had very little knowledge of prison camps and, seriously, hadn’t realized woman and children were caught up in them. The book provides first hand knowledge to a war that many are now far enough removed they don’t have family members telling them about it.

The book is written in a lecture style.The language isn’t laid back enough for me to think of it as conversational. At first, it seemed bit cold and factual. However, as she continued to tell her story, the strength of her faith and emotional connection really came out. As I read more into the book, I became more connected to the story. I needed tissues in several chapters.

This book was a great read one that will  not only provide a brief history lesson but will also tug at your heart. I would recommend this to anyone interested in World War II, missionary work, faith, and miracles.

The Soul Thief by Majanka Verstraete

The Soul Thief tells the story of Riley, a teenage girl, who by witnessing horrible car accident finds out she is half Angel of Death and half human. She begins training with her mentor and finds herself stuck between her old, safe life of highschooler and superhuman Angel of Death. On top of the balancing act, she discovers a mystery involving the death of three teenage girls. On the mission to solve the mystery, her new powers are put to the test.

Majanka Verstraete does a wonderful job telling this story. Riley is easy to connect with. I believe teenage girls will find a lot of themselves in her. Verstraete did a great job bringing in the supernatural beings without a lot of dark themes or things that would be inappropriate for a younger crowd. She does introduce Vampires into the story but kept it age appropriate. I was pleased the romance was “safe” for an older teenager.

The book does address death and Riley’s role as the Angel of Death. The act of removing the soul and easing it on to the after life was beautifully written. Her description of the events creates a sense of peace. This book does seem to subscribe to no specific religion, rather a more popular idea of whatever works for you. In this book, those who go to Heaven see whatever Heaven they believe in. This is only briefly mentioned and I personally feel it won’t sway anyone from their current beliefs. I do think it helps make the book more connectable to readers from multiple backgrounds.

I truly have only one critique of the book. And, to be quite honest, it probably shows my age more than anything. There are several instances Riley and her group of friends go out to a bar. They’re not drinking alcohol, in fact they are grabbing sodas/ice teas. It just seemed odd that teenagers would go to a bar.

Overall I found this book to be refreshing and fun read. The book successfully takes a potentially dark topic such as death and lightens it up to a fun-filled novel. I’m looking forward to other books in the series. I recommend this book to older teenagers or young adults, or an adult who wants to escape in a book for a while!

I want to thank Booktroope for providing me with a copy to read for an honest review. 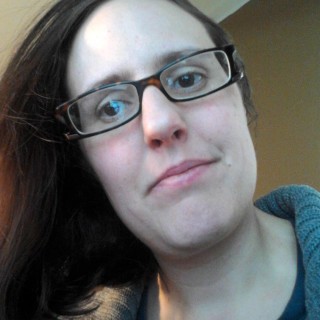